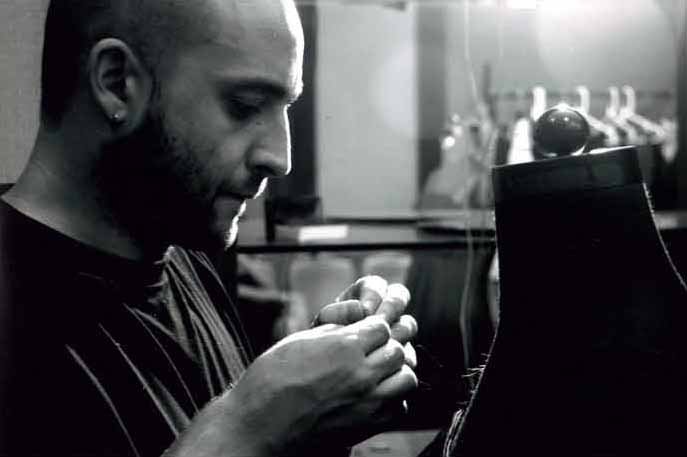 36 years old, from 16 years works and lives in Milan.
He studied Textile Design in Sassari, Fashion and Textile Design in Milan and Fine Art and Textile Design at the University of Plymouth in England.
Soon Silvio shows a strong interest in a work connected to a reinterpretation of the sartorial tradition of the ‘Made in Italy’ connoting it in a contemporary key.
His background in art, product and textile design emerges in each of his collection where exclusive and innovative materials, which are the result of a technological research, blend wth the excellence of the handicraft manufacture.
In 2004, still being a student and after winning the Mittelmoda prize, he is the youngest designer who got invited to outset his first fashion show with his collection during the Altamoda Romana, for three consecutive seasons.
Since 2007 he collaborates with the world of teaching holding a professorship in Cagliari at the European Institute of Design (IED), at the IUAV in Venezia, at NABA and at the Politecnico of Milan where he follows students from FIT (Fashon Institute of Technology) of NewYork.
After receiving in 2009 the special prize form the jury of Vogue: Who’s Next, he begins to present his homonymous label produced by SpS manufacture in the Milano official calendar of Fashion Woman.
In 2014 he dedicates, as the Art director of the department of fashion, to the ethic and sustainability project called FASHION B.E.S.T. In Cittadellarte Fondazione Pistoletto, Biella.
In November 2015 some dresses, signed Silvio Betterelli, took part of the Triennale of Milan, dedicated to the last 18 years of Italian Fashion World.
In 12 years of fashion activity he had fashion shows and collections presented in Rome, Florence, Tokyo, Paris, London, Milan and Moscow.